I just typed listen to Dora — good start — can’t even get her name right. DORY though, the blue fish from Finding Nemo, you know her song? ‘Just keep swimming, just keep swimming’. That is literally the only phrase I can come up with when I think about long distance swimming. It’s crap. And she does my head in. I mean the saying is crap – not the actual swimming.

Speaking of which – went swimming this morning with Chris. Alarm went off at 5:50am. VOMTASTIC. Didn’t get up till 6:15am, Chris goes “how long did we lie in for?” (I am in charge of the alarm clock)… my answer? “Aw only ten minutes *cough*”. I hate getting up early. Once you get into the habit of it it’s pretty good, but the first few weeks of alarms like that are really really grim. So swimming again, time to stop mucking about with my half arsed swim sessions – smashed out 1500m. That’s my longest swim since Ironman. Ironman was 3900m. Ooft. When I say smashed out I really mean “attempted to look pro and like I wasn’t really trying but it was really really really tiring”.

Is this really boring? Probably but I said I would write every day this week to show I am staying accountable. 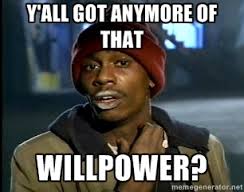 Another thing I discussed this morning was visualisation – check this out, email from my buddy:

“I had a right diva moment at spin last night.

End of the class, told it was the last 90 seconds and everyone should be flat out, giving it everything they have. I was absolutely gunning it, thought I was going to pass out. I was visualising the last few laps of the Olympic final in the velodrome. THEN, she says, let’s do another 90 ‘flat out’. No one should be able to do another 90 after doing the first one flat out.

I felt robbed of timing my finish to the class. So just got my stuff and left the class. She made a comment but I ignored her.”

So ignoring the diva moment and focusing on the visualisation…. SO TRUE. I get asked a lot how I forced myself to do the training sessions for Ironman last year and I don’t know if I ever mentioned my imaginary moments?! They were brilliant… Sometimes on the treadmill or out for a run I would put really really loud trance music on and think about crossing the finish line. But not just THINK about it – I’d see it, sometimes I even closed my eyes (DO NOT DO THIS RUNNING ON ROADS OBVS). It used to give me shivers. It was so so important. If I was out on the bike and climbing a hill I’d frown and go to my determined place in my head which was generally picturing the hills on the course and imagining my family and friends cheering me on. Doesn’t matter what it is – find what does it for you and focus on it. It’s awesome and it works if you really get into it.

Oh oh! I forgot to tell you – I ate a whole cauliflower last night! Fortunately it wasn’t too giant, pretty small once I got rid of the leaves and the stalk but I made that cauliflower egg fried rice stuff and it was goooooooooooood. I’m going to do it again but with prawns and spring onions and coriander. I only had some cooked chicken and peas last night – was still pretty tasty though. About 90 calories in the entire cauliflower. Mental. 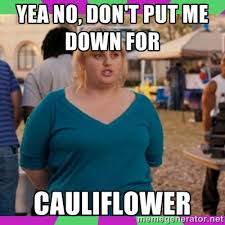 Too hungry to think of more words of wisdo-nonsense now so going to inhale my salad and probably my 3pm snack too…. it is only 12:15.

2 thoughts on “Listen to Dory”