That title is making me think of monster munch, they were/are awesome. I’m actually sitting eating quinoa salad with peas, dill and walnuts – I am sickened by my trendy health food choices. I might punch myself in the face.

I wrote a status yesterday about having completed two days of Ironman training and already recognising the dramatic increase in my appetite. But there’s something different with it this time. Last time I trained heavily and got the munchies I’d crave doughnuts and crisps and chips and macaroni cheese and sandwiches from M&S (don’t ask – I have an obsession). But this time it’s —- avocado on toast or spaghetti with olive oil and butternut squash or hummus and pitta bread… Proof reading that sentence made me hate my own written word. WHO ARE YOU?!

It sounds SO lame (SO LAME) but honestly? Focusing on eating plant based “vegan” foods has totally changed my approach to food. I never count calories now. I never focus on eating huge quantities of veg to stop me over eating on cheese. I eat what I want and when I want it. I don’t seem to crave enormous amounts of food anymore? I am not consumed with thoughts of “I can’t eat that but I WANT that”. I don’t ever, never ever ever ever, want to become one of those people that says “oh I remember being like that but then I turned into a vegan hippie and my hair turned to solid spun gold” or some bullshit like that.

I do however truly believe that when you remove the obsession and the limitation on food you can start to build a normal balance with it again. Don’t get me wrong. Last week I ordered a chicken katsu curry, a box of chicken dim sum and some tempura prawns. Lolz. But I ate it all, felt full as an egg and didn’t feel guilty. Not in the slightest. It was awesome.

Don’t turn into a vegan. I mean do it if you want. But I think more importantly anyone struggling with food cravings and diet obsessions should almost remove themselves from the whole foodie/fitness industry. I am trying to put this into words that make sense. Basically eat what you want? But try and focus on the good stuff. The stuff that isn’t processed and reformed to look like the original product – I’m lookin’ at you wafer thin ham. Not exactly “eat clean” and all that hash tagging bullshit but just don’t be scared of food. Potatoes don’t make you fat. Potatoes mashed up with butter and cheese and ladled by the truck load onto a plate with sausages and gravy eaten every day – that could probably make you fat I guess… I’ve had at least three McDonald’s in the past month – I’m not fat yet. Phew. I’ve been trying this for a couple of months now, the whole vegany planty whole foody thing – for the most part at least, McDonald’s not quite doing vegan cheeseburgers yet but I remain hopeful. Seriously? I’m probably healthier than I’ve ever been. My weight is stable. My energy levels are good. I don’t have mental cravings (other than Japanese takeaway now and again). I eat bread. I eat pasta. I eat whole avocados mashed ONTO the bread. I’m not ripped. I’m not dropping lb’s every week. I’m just normal. And I’m totally ok with it. If my body gets leaner = cool! If not = meh. Provided I am performing well for ze Ironman nonsense and I am feeling luvlyjubbly then it’s all gravy. 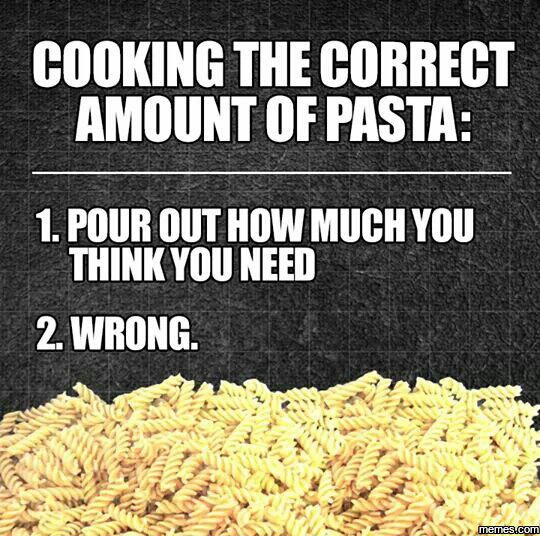 Stressing about what we eat and how we exercise is fucking shit. Let’s be honest. It really is. And it is no way to live. Shit it’s hard to break the habit though.

So to give an example of how much I don’t stress these days…. Here is what I have eaten so far today (and my projection of what I will likely have for dinner). I have no idea how many calories are in this lot. I’d guess around 2500kcals? Now granted I did a 40 minute swim this morning and then walked the dog and then did a 30 minute spin on the bike (sweatfest) and then a 5 minute run and then I will walk the dog again tonight. BUT – not counting calories and not obsessing over being ripped is very very liberating. Instead, the only thing I am really interested in right now is getting a lot stronger on the bike and running faster. The irony here though is my clothes actually fit a bit better. My strength coach reckons my waist is a bit smaller. Cool man. Pass the oats and honey.

I hope this is relatable. It should be. I think the big part I am missing out on though is highlighting that things go hand in hand. Going to the gym and staring at your “booty” (if I could tie that word to a concrete block and throw it in the sea I would) whilst you squat or religiously doing a Kayla workout and then instagramming it to get loads of likes and trying week after week to drop some body fat goes hand in hand with obsessing over food. Counting calories and macros and carb content goes hand in hand with standing in front of the mirror and hating on my body because it isn’t ripped. Just to clarify, these are specific issues for ME but I know a lot of people have got in touch to say they can identify with some of the stuff I waffle on about. Go to the gym and lift heavy and eat some fucking toast if you want it. Long term the extra food will make you perform better and then you’ll FEEL better.

I guess at the end of the day I’d rather be strong and healthy than lean and deprived. For a while I really didn’t agree with that statement. I was all about the lean body and the careful diet. That’s totally cool. If you are happy and you love it then – clap your hands? No but seriously, this is kind of waffly but I guess I just wanted to point out you can totally eat food and not obsess. You can totally lift or run or swim or hike and not obsess whether you burned enough calories….. I never thought I would. Ever. But I do now. Care less (about tiny details). Live more.

If you still don’t believe me Chris and I made (vegan) double chocolate chip cookies at the weekend. 18 of them. They were massive. We ate them all in less than 36 hours….. 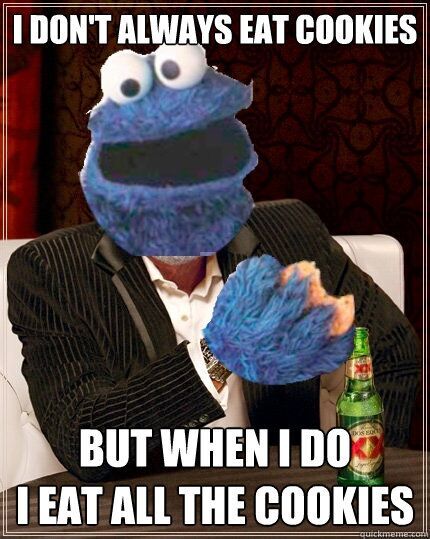